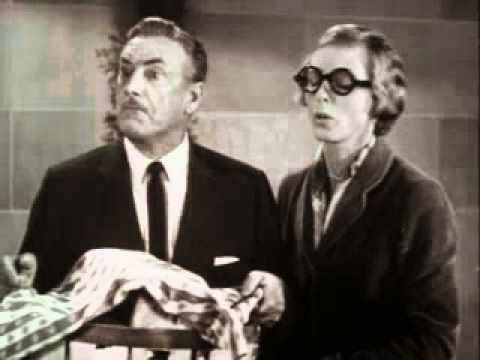 I have a nephew and a father named Ben. But that's not what I call either of them. I'm from Arkansas, so I say "Bin". Once my sister-in-law (nephew Ben's mom), said, "You know, his name's "Ben", not "Bin." I told her it couldn't be helped--I simply can't make myself say it that way, because it feels weird and phony when I do. Besides, I like my accent. It marks me as being from somewhere that's a little different. I don't sound like I'm from Anywheresville, USA.

Of course, there are people who hear me say things like "Git Bin an ink pin" and conclude that it means I'm dumb, or that I'm speaking a sort of degraded, simplified version of English. That's OK, because the joke's on them, not me. I know of two Rhodes Scholars (Bill Clinton being one) who talk a lot like I do, so it's clearly a mistake to conclude that anybody who speaks this way is dumb. As for the "degraded English" notion, that idea in itself is what's dumb. It shows an ignorance about how languages change and evolve. They do change, of course, but as they get simpler in some ways, they get more complex in others.

Take the way I say "Ben", "pen", and "them." Anybody who speaks this way is unconsciously applying an extremely complicated grammatical rule. I first realized this when I thought, "If I say 'Ben' like 'Bin', and 'ten' like 'tin', why don't I say 'peg' like 'pig, or 'let' like 'lit'? When I looked up the answer, I was amazed at the complexity of the rule I had been applying without knowing it. Linguists call this way of talking the "Pin-Pen Merger". It shows up in most parts of the south and in the area around Bakersfield, California, which was settled in large part by hillbillies like me. The reason somebody who asks for an ink "pin" doesn't also say "lit the dog out" is that the "e" sound only becomes an "i" in words that end in a "nasal stop", like an "m" or "n".* Try saying "Ben" and then "sit", and pay attention to what's going on in your mouth (seriously, try this--it's kind of amazing). When you say the "n" in Ben, your soft palate connects with your tongue, forcing air through your nose. Your nasal cavity resonates, giving the "n" part of its distinctive sound. When you say "sit", your soft palate never descends, and your nose doesn't resonate.

Of course, before I read all this I had no idea what a nasal stop was, or that my nose resonated like an elephant seal's. Yet I still apply this complicated linguistic rule without even knowing it, and so does the most backwoods hillbilly. We may be speaking a socially-maligned form of English, but we aren't speaking a simplified form. Yes, we've ditched the distinction between the sounds in "pin" and "pen", but we've added a complex (albeit unconscious) rule about when to do so.

That "dumb" version of English turns out to have pretty sophisticated rules. I git a pretty big kick out of that.

Actually, as I wrote this, I realized I do say "get" as "git", and that word doesn't end with a nasal stop. So the rules are actually even more complicated that I'm discussing here, but I don't know what the extra rules are (even though I "know" how to use them--the human mind is weird, isn't it?) Wonder if the linguists have worked out that one, too?
Posted by Ramblebrain at 8:02 AM