A Sense of the Ages: Trying to Grasp Geologic Time 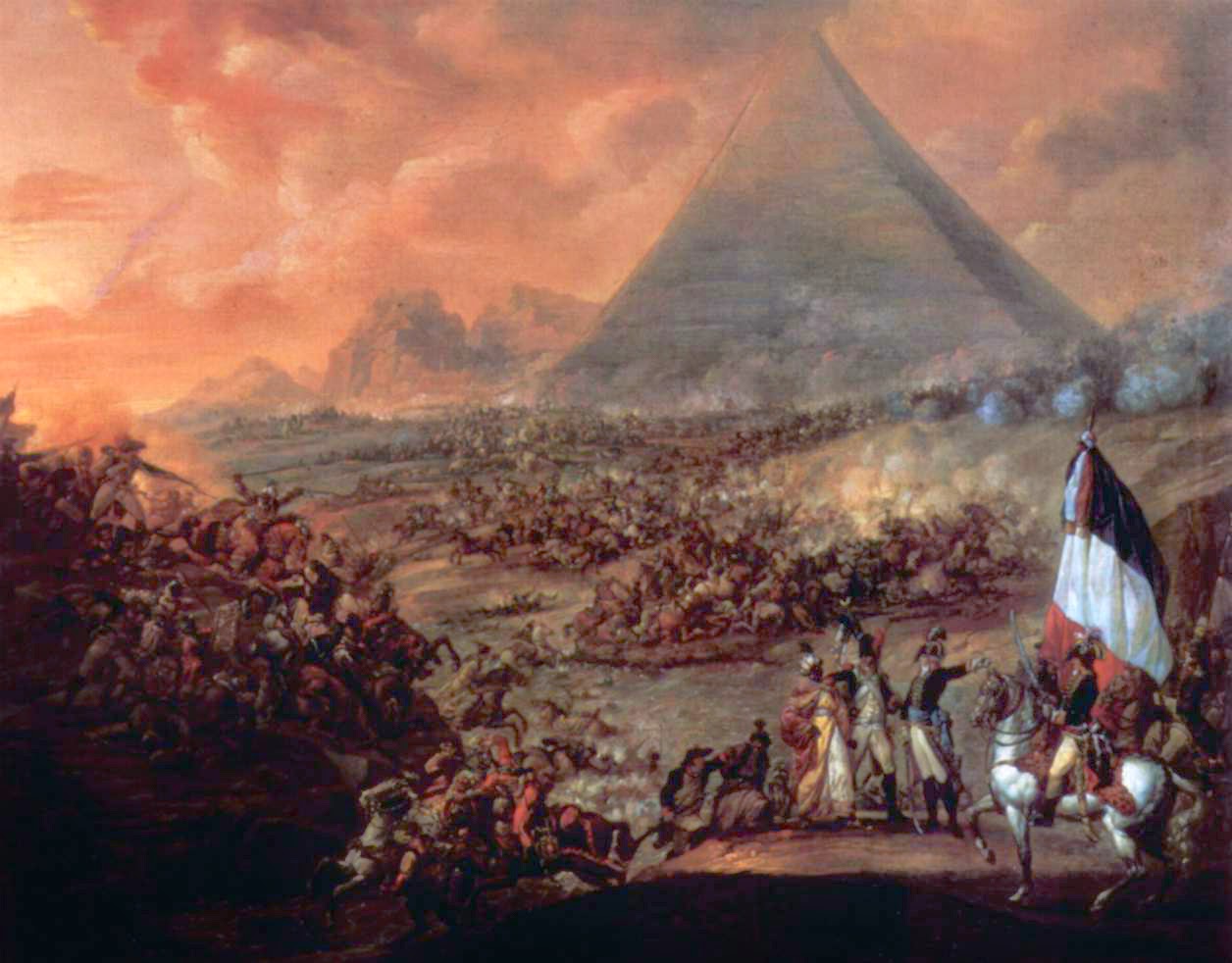 Two centuries ago, a young Napoleon Bonaparte convinced his superiors to let him invade Egypt. Rallying his troops before a battle near Cairo, he is said to have pointed toward the ancient pyramids on the horizon and cried, "Forward! Remember that from those monuments forty centuries look down upon you."

Forty centuries. It's a phrase that's always impressed me. And Napoleon was actually understating the age of the pyramids--even in 1798, the Great Pyramid had been standing for over 4,300 years. But it was an artful understatement. Saying "4,300 years" just doesn't give you the same visceral sense of time as "forty centuries." A century is a span we can really feel, if just barely. It's the length of a very long lifetime. So when we hear that something has been around for forty centuries, that feels like a long time indeed. And it should, because the pyramids were ancient even to the ancients. By the time the Romans built the Colosseum, the pyramids were already older than the Colosseum is today.

Yet the age of the pyramids is hardly any time at all next to the temporal chasms geologists talk about. As old as the Great Pyramid is, the Great Sphere it sits on is a million times older. That's not antiquity; it's mega-antiquity. We can't truly fathom that kind of time scale any more than we can swallow the oceans. But for some reason I keep trying, and I've found that writers more talented than me have, like Napoleon, succeeded in expressing it in ways that give us a taste of its immensity. 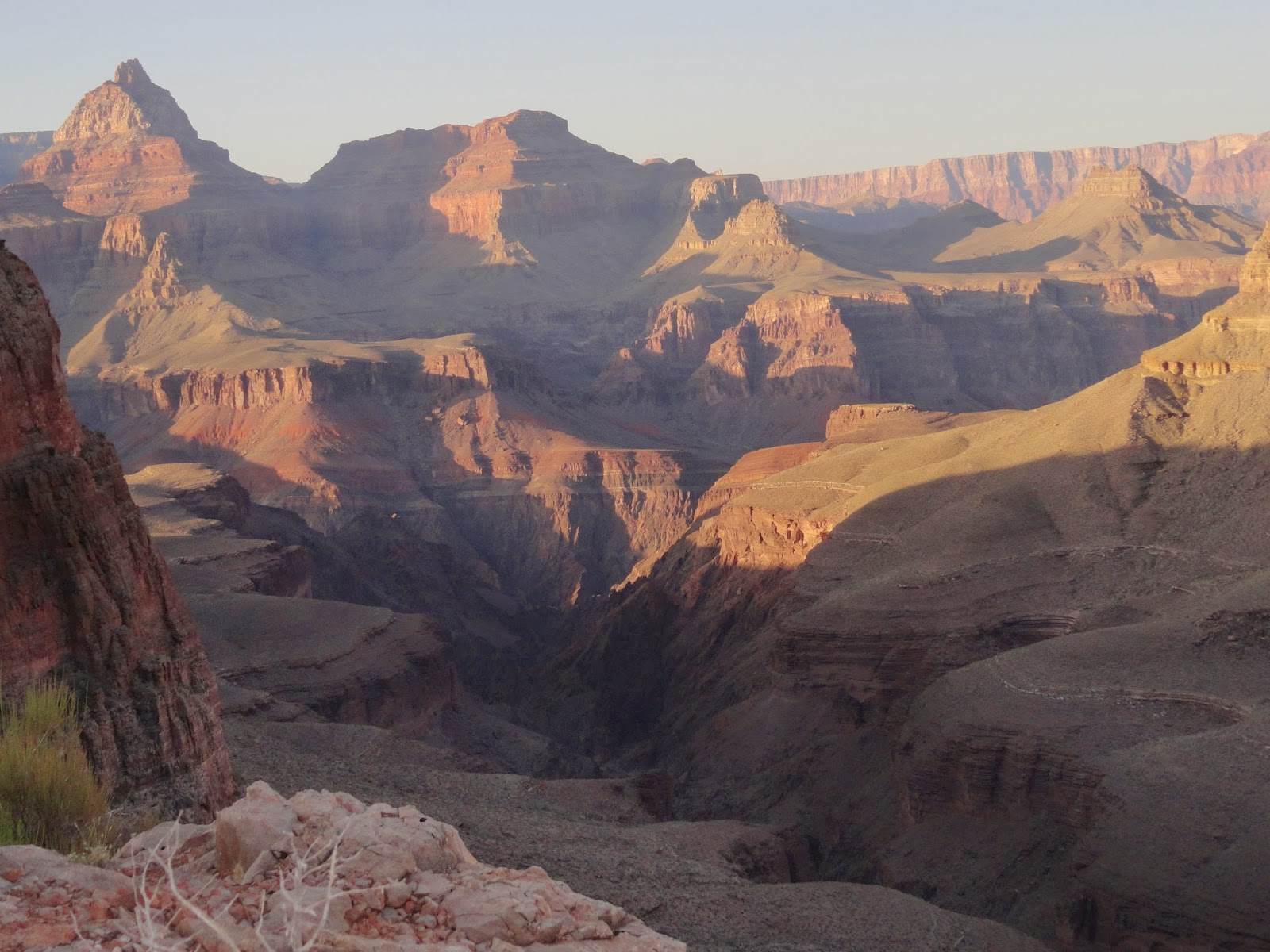 Consider this quote, from the excellent book Rough-Hewn Land: A Geologic Journey from California to the Rocky Mountains, by geologist Keith Mehdahl: "Earth processes that seem trivially slow in human time can accomplish stunning work in geologic time. Let the Colorado River erode its bed by 1/100th of an inch each year (about the thickness of one of your fingernails). Multiply that by six million years, and you've carved the Grand Canyon." When I first read that, I didn't believe it, and I actually got out a calculator and checked to see if it could be true. It is. Multiply 1/100th of an inch by 6 million, and you get roughly one mile--the depth of the Grand Canyon. If the Colorado River can dig down one inch in a century, that means it's dropped about a yard since the Great Pyramid was built. Compare an inch (a long life), to a yard (the Great Pyramid), to a mile (the Grand Canyon) and you start to get a sense of how long six million years really is.

The writer John McPhee (who gets credit for coining the expression "deep time") also comes close to making us feel geologic time in his book Assembling California. As the title suggests, modern geologists think California was cobbled together from many different pieces of land and ocean floor that stuck to the edge of the continent as it drifted westward. "An island arc here, a piece of continent there--a Japan at a time, a New Zealand, a Madagascar--came crunching in upon the continent and have thus far adhered." That process has been a tumultuous one, accompanied by countless earthquakes and volcanoes. "In 1906," McPhee writes, "the jump of the great earthquake--the throw, the offset, the maximum amount of displacement as one plate moved with respect to another--was something like twenty feet. The dynamics that have pieced together the whole of California have consisted of tens of thousands of earthquakes as great as that--tens of thousands of examples of what people like to singularize as "the big one"--and many millions of earthquakes of lesser magnitude."

Californians see the great earthquake of 1906 as a defining moment in their state's history--the biggest natural disaster in near-living memory. But it only looms so large because the history of the political figment we call "California" is so short. In the history of the real California--the old California that existed before the USA, before the pyramids, before the human species itself--such an earthquake is barely worth noting; it's a single beat in the long drum roll that accompanied the regions's creation.

On this scale, centuries become as fleeting as seconds. It takes ten thousand centuries to make a million years...ten thousand periods equal to the one between the Civil War and the Beatles, or the Wright Brothers and the International Space Station. A million years is a long, long time. Yet it's as fleeting compared to the earth itself as a year is to the Great Pyramid.

What's the point of coming to grips with these kinds of timescales? Why not just live in the familiar territory of months and years? Do we really need to understand epochs and eons? I think we do. Seeing how fleeting we are compared to the land around us is a good way to stay humble, and any species that needs to be taught that it's not the center of the universe is a species that can use some humility. It's not just that our arrogance is unjustified. Getting over it, and taking a longer view, could actually be key to our survival. If we want to be around for the long term, we need to understand what "the long term" actually means. As the science writer Nigel Calder once noted, "In Darwin's paleontological estimation...Chicago and Leningrad sit in the chairs of glaciers gone for lunch." He's right. Though warming is a concern in the near term, in the long term we're living in a warm snap between ice ages. Time and again, mile-high sheets of ice have swept across the sites of Chicago and New York City. Long Island is just a big pile of debris left behind when the glaciers finally retreated--a place marker, of sorts. As for San Francisco, it will be hit by another "big one" someday. And then another and another and another. If we want that lovely city to last--at least as long as the pyramids, if not the mountains--then we'll have to display far more foresight than we've shown so far in our history. But then, our history isn't really a very long one. It might even turn out to be just a beginning; a sort of childhood. And that can only happen if we grow up and learn a little perspective.
Posted by Ramblebrain at 6:04 PM