Logic for the Complete Idiot

"Logic is the beginning of wisdom, not the end." - Mr. Spock 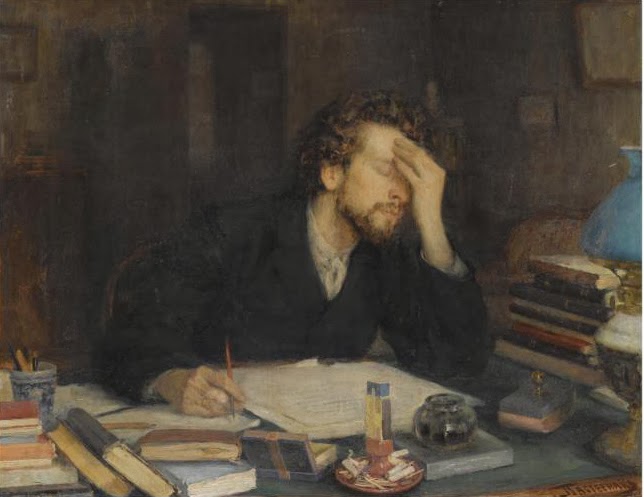 Recently I heard someone declare that liberals are incapable of logical thought. But that same day, I saw a meme floating around Facebook making fun of "Republican Logic 101." So clearly some liberals think the conservatives are the illogical ones. You can find similar memes attacking atheist logic, or Christian logic, or creationist logic, or "evolutionist" logic. Everybody thinks their side is logical, and the other side isn't. The world is full of people who think they understand logic. What it is not full of is people who really do.

The truth is, most people have barely a clue how logic really works. Take me, for example. I've always tried hard to think logically, and I tell myself I'm pretty good at it. I've even read a couple dozen books about critical thinking and informal logic. I can spot a straw man, a red herring, and many other fallacies (at least when other people commit them), and I can tell you about a multitude of cognitive biases that keep us from being as smart as we think we are. So you can imagine my horror when I recently picked up a book called Logic for Dummies, started reading it, and thought, "Maybe I should start with the Complete Idiot's Guide."

My only consolation is that Logic for Dummies is all about formal logic. It's full of Venn diagrams, truth tables and strings of symbols that look like some kind of alien algebra. It's more mathematical than linguistic. And it's not easy. Well, it's not easy for me...few things involving the word "formal" are. Still, in this post I want to explore what I've learned so far. For one thing, maybe I can save someone the initial bewilderment I had when I started trying to learn about formal logic. Beyond that, though, I want to explore how useful formal logic might be in everyday debates.

What is Formal Logic?

First the basics. Formal logic is a way of putting some arguments people make in ordinary language into a precise, standardized form, in order to determine unambiguously whether they're valid or not. I say "some" arguments because formal logic is mostly concerned with deductive arguments--arguments where the truth of the conclusion depends on the structure of the argument, not the content of the premises. If a valid deductive argument has true premises, it can't help but have a true conclusion. That's what valid means. With invalid arguments, it's possible for the conclusion to be false even if the premises are true.

That's a valid argument, of the form called modus tollens. If both premises are true, the conclusion can't help being true, just by virtue of the structure of the argument. However:

That's not a valid argument--it's the fallacy called affirming the consequent. Bubba could have passed on the porkchop but gotten sick for other reasons. The conclusion might be true if the premises are true, but it isn't necessarily true. Validity and truth are connected, but they aren't the same thing. An argument can have totally ludicrous premises and an equally ludicrous conclusion, and still be valid. For example:

That's a valid argument, with a form known as modus ponens. But valid doesn't mean true. It's just that if the premises were true, then the conclusion would be as well. Lizards, alas, do not play fiddles. Conversely, an argument could have true premises and a true conclusion, but still be invalid. Even if Bubba ate that porkchop and then got sick, the second argument above still isn't valid. If an argument is both true and valid, it's said to be sound. If it's valid but not true, like the one about lizards and frogs, it's unsound.

Formal logic, then, is concerned with deductive validity, not truth. It's the study of what conclusions can be validly drawn based on certain arrangements of premises. That makes it limited when it comes to everyday arguments, because many of those are inductive, not deductive. An inductive argument is any argument where the premises may support the conclusion, but the conclusion doesn't necessarily follow from the premises by virtue of the argument's structure. Analogies, generalizations, predictions based on past observations--those are all inductive. The second Bubba syllogism above might be a decent inductive argument. You might hear that Bubba is sick and correctly guess that it's because he ate that porkchop. But the premises only support the conclusion inductively, not deductively.

So far, none of this seems all that hard. But the devil is in the details. If you want to learn how to translate ordinary arguments into the symbols and structures of formal logic, it gets really complicated. For one thing, there are several kinds of formal logic, and logicians can't seem to agree on what to call them. There's propositional logic, which is sometimes called sentential logic, sentence logic, or truth functional logic. Then there's predicate logic, which is sometimes called quantifier logic. So, the first thing we have to do is get the different types of logic sorted out.

Most introductory textbooks on logic cover three branches: categorical logic, propositional logic, and predicate logic. Categorical logic is concerned with classes of things, and is based on statements like "All cats are mammals" or "Some mammals are not quadrupeds." Categorical logic is a way of reasoning about which things belong in different classes, and it's the kind of logic that uses Venn diagrams--the little conjoined circles that show which classes do and don't overlap. It's also the oldest kind of logic. It was basically invented by Aristotle. It looks the simplest, but don't let that fool you. When you actually try to use it, it's a lot tougher than it looks.

Propositional logic can be completely expressed in symbols, so it looks almost like algebra. Here are the five basic symbols it uses.

Propositional logic lets you write complicated statements using efficient little symbols that can then be manipulated according to a set of standard rules, similar to algebra. Whereas in algebra you swap symbols around to find the value of a variable, in propositional logic you swap symbols around to see what conclusions follow from a set of premises. Each statement is said to have a certain truth value: either true (T) or false (F). Compound statements linked together with the symbols above also have truth values, which depend on the truth values of each statement they link. For example, L • D is true if both L and D are true. If one or both are false, then the whole statement is false. This can be represented in a table, called a truth table:


All the other logical operators have particular truth tables, and they can all be combined into a single table, like so:

Obviously, categorical logic and propositional logic are two very different animals, useful for different things. A third kind of logic, called predicate logic, is a way of combining their respective strengths into a single symbolic system. It starts with the same symbols and rules as propositional logic, but expands on them with two more symbols: ∀ for "All" and ∃ for "some" (or more precisely "at least one"). I won't get into predicate logic, because I'm just starting to get the hang of it myself, but it's a very powerful system for figuring out both categorical and propositional questions. It's also a pretty tough to understand, at least for my kind of brain.

What's also tough, with all three branches of logic, is translating the arguments people make in everyday life into formal logic. People don't speak in formal syllogisms. They put conclusions before premises, leave premises unspoken, and use language that can be interpreted multiple ways. Another problem with translation is that logical operators like "some", "or", and "if, then" have very precise meanings in formal logic that may be different from their meanings in everyday speech. For example, in logic "some" means "at least one". There's no way to make distinctions like "most", "almost all", or "just a few". It sacrifices nuance for precision. "Some" is also confusing because if you make a statement like "Some plumbers are redheads", that doesn't imply that "Some plumbers are not redheads" The first statement makes no such claim, even though in ordinary speech people often use "some" to mean "some are and some aren't."

Then there's "or". People use that word in two different ways: 1. "One or the other, or both" or 2. "One or the other, but not both." In logic, "or" only corresponds to the first statement. That's why in the truth table above, L ˅ D is true if either or both L or D are true. It's only false if neither are true.

What's it Good For?

I started learning about formal logic because I realized that if I really want to understand critical thinking and informal logic in any kind of deep way, then I'm going to have to get at least a basic grasp of formal logic. But I was also curious about something else. In the late 1600's, Gottfried Wilhelm Leibniz envisioned a system of formal logic so complete that it could settle any debate. As he put it, "if someone would doubt my results, I should say to him: 'Let us calculate Sir': and thus by taking to pen and ink, we should soon settle the question."

To what extent, I wondered, does formal logic live up to Leibniz's dream? Does let us settle questions just by calculating? Well, sometimes, but not always, or even usually. Formal logic obviously has severe limitations, or there wouldn't be so many disagreements today between philosophers who are fluent in it. But surely formal logic could help us resolve some everyday arguments, by putting them into a more precise form and identifying the ones that turn out to be invalid? Of course, this would only work if both parties to the argument could follow formal logic. If I'm debating someone, and I try to prove my point by converting it into symbols and writing proofs, my opponent won't have any reason to take such odd behavior seriously unless they also understood what the symbols mean. For all they know, I could just be making them up. So, for formal logic to be really useful in day to day discussions, people would have to learn it in school, the way they learn algebra. It's not really any more complicated, and it could be far more useful on a daily basis.

At least, I think it could. I'm honestly not sure. After all, valid deductive reasoning is just one aspect of rationality. It can't tell us which premises are true, and it can't help with inductive arguments, which are probably far more common anyway. But I still wonder--what would happen if we started teaching everyone the basics of formal logic? Would it makes us clearer thinkers? Would it help settle debates? I don't know. Maybe I'll have a better idea when I understand it better myself.
Posted by Ramblebrain at 4:04 PM